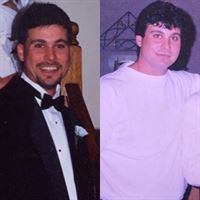 Born in Toronto, but raised in Chatham Head, Miramichi, he was the son of Emma Murphy and William Kenny. He worked as a carpenter with various construction companies amongst Miramichi and out of province, but most will remember him from his many years with Baisley’s Construction in Miramichi. In his final years, David continued to practice carpentry and Mechanics on his own time, mainly to help others who needed it most. Everyone will tell you, he had million dollar hands; he was that talented.

David will always be remembered for his enormous heart. The expression “he would give you everything and the shirt off his back” stands true and strong with him. He was loved by many and admired by all. We hope when you think of David, you will remember his beautiful smile and contagious laugh.

The family will receive relatives and friends from Northumberland Funeral Home on Wednesday, September 1, 2021, from 2 to 4 pm and 7 to 9 pm. Mass of Christian Burial will take place at the Nativity of the Blessed Virgin Mary Roman Catholic Church, in Chatham Head, on Thursday, September 2, 2021, at 11 am.

As expression of sympathy, donations may be made to the Canadian Mental Health Association or to a memorial of one’s choice.

Funeral arrangements are in the care of Northumberland Funeral Home, 102 Pleasant St, telephone 622-7741