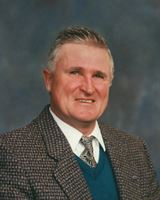 George Curtis, of Blackville, passed away peacefully on Tuesday, November 3, 2020, at the Miramichi Regional Hospital, at the age of 74.

Born in Gray Rapids, he was the son of the late Roy and Edna Curtis. He was an owner-operator, an outfitter, woods worker and construction worker. He was a member of Holy Trinity Anglican Church, member of the Miramichi Salmon Association, and a member of New Brunswick Guides Hall of Fame.

At George's request, there will be no visitation. A private funeral service will be held on Monday, November 9, 2020, at Northumberland Funeral Home Chapel, with Father Robert Barry officiating.

In lieu of flowers, donations may be made to the Miramichi SPCA.